In my last update, it had been 8 months since releasing ExploreHere. Since then, I continued to assess things that were working versus things that needed some improvement. In order to help, I attended a weekly meetup via Startup School which allows me to get some peer feedback and advice on problems I was running into. 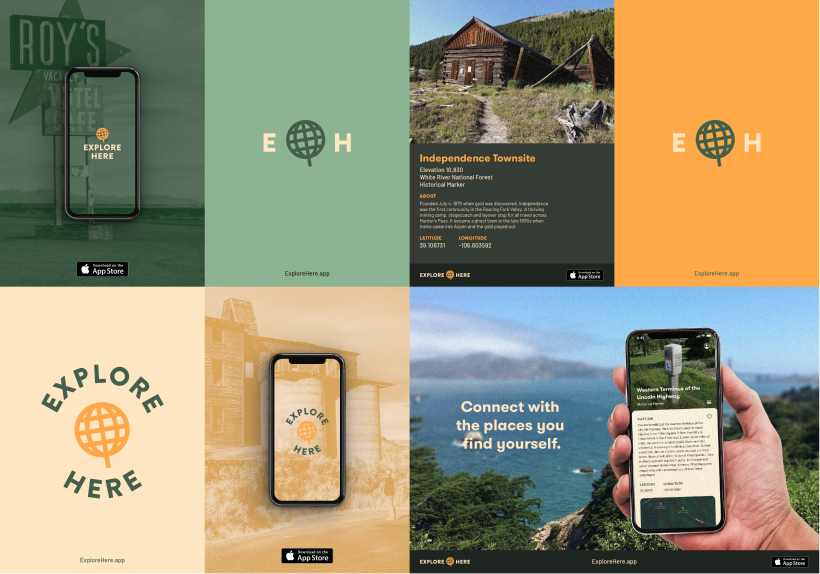 When I first developed ExploreHere, I didn’t really expect to get any interest, downloads, or upgrades to pro. But, to my surprise, I did get downloads, users, pro upgrades and some revenue. Not enough to quit freelancing, but enough to peak my interest and make me think about next steps and wonder how I could grow and scale up a bit.

At its peak, in July of 2020 ExploreHere brought in about $500 that month, and has averaged about $400/month since then.

Early on I knew the importance of talking to customers. I integrated Freshchat to provide an easy mechanism to chat with my users and I had a few power users, that loved ExploreHere, history, and historical markers. They have been invaluable in testing, submitting bugs, providing feedback, and helping me stay on track with what users’ actually find interesting. But, since ExploreHere was 100% offline with no login or contact, I had to rely on my customers reaching out to me, before getting any sort of feedback. Clearly, this is an issue and not conducive to building a company.

Around this same time, Realm Cloud got acquired by another database company, MongoDB. Like any other acquisition, there were a lot of changes that occurred to the Realm platform, which required deep level code adjustments.

Finally, of all the feedback I was receiving from my customers (when they reached out) was mostly requests for me to update the database with new markers from HMDB (one of the sources ExploreHere pulls from for its data). Since the acquisition changed the database API , my architecture and the way I setup ExploreHere would need some major changes…

I made my last update to ExploreHere v1, one year ago. I haven’t touched the database, the app in the app store, or the version 1 of the codebase since then.

Now, before I continue… this is obviously NOT the correct way to have built a company, but with the database acquisition I was left in an awkward position between trying to make massive updates, or starting from scratch.

So, I made the decision to re-write ExploreHere from the ground up, utilizing the new MongoDB Realm infrastructure, with code that was built to scale. I went to the ExploreHere feature board and broke down all the tasks I needed to do to make this next version a reality.

Piece by piece, I coded everything again, bringing in the good pieces of v1 into this ‘v2’. One by one, I fixed all the issues my customers had brought up in the past year, added online support, a yearly subscription model, Android support, true offline sync, a notification engine, expanded the database with more data types, allowed for user submissions and user generated content, and a lot more…

I did all this, while continuing to sell the very basic, but very stable, v1 on the iOS app store. Even after a year of no updates, people were still purchasing the v1 pro upgrade of ExploreHere for $4.99. I’ve actually continued to increase the number of downloads per month, and purchases per month. All these pro upgrade users are going to be grandfathered into the v2’s pro version, which will be an annual subscription of $9.99. In order to slow down the number of people upgrading, I increased the v1 price from 4.99 to a one time fee of 9.99.

Once I’m done coding v2, I’ll be spending most of my time marketing ExploreHere, trying to get it in-front of as many people as possible. I wanted the app, and my marketing content to have a professional look to it. So, rather than trying and spending a hundred hours learning the in & outs of brand design, I hired someone to help me with the basics!

I went with a friend of a friend, and someone I’ve seen do great work, Nick over at Studio NGD.

I didn’t really know where to start with figuring out ExploreHere’s brand identity, but Nick started off with an awesome questionnaire and together, we walked through the basic ideas behind what ExploreHere’s brand would feel like. Nick then took those questions and turned them into branding colors, fonts, and concepts compiled together into a style guide that I could use in my marketing materials, and, in the app itself.

Today, Version 2 of ExploreHere is built using React Native and utilized MongoDB Realm for server-less functions, querying MongoDB directly, and a cool feature called Realm Sync, which keeps a local offline subset of any MongoDB data I want that is still synced to the main database. I have really enjoyed learning MongoDB and it’s new Realm integration.

Aside from the rewrite of the app, I also had to migrate all of my 170k markers into MongoDB. Rather than importing them from my existing datastore, I started this over as well and imported everything I had from the original sources. I took the opportunity to make some schema adjustments and add robustness throughout the database documents.

ExploreHere version 2 is currently in beta and is available to testers. I drove from Seattle to Atlanta and the new app functioned flawlessly. I have one bug relating to offline mode, which admittedly is a pretty big issue, but once I get that buttoned up I’ll release ExploreHere to the iOS App Store, and to the Android Google Play Store shortly thereafter!

I’ll probably spend a couple of weeks fixing bugs, and supporting customers, but once all that settles down, I’ll be focused on getting ExploreHere on blogs, and doing all the ‘marketing stuff’ that goes into launching an app!

Here’s what the app looks like now, I can’t wait to release it.

I’d love to hear your thoughts, or any suggestions you might have!

Helpful, awesome and spam-less articles right to your inbox, every Wednesday - Just for subscribers.